Geodiversity can be obvious, such as rocky coastlines and mountains, but is often more subtle, hidden beneath our feet and shaping our countryside, towns and cities but, geodiversity is everywhere. 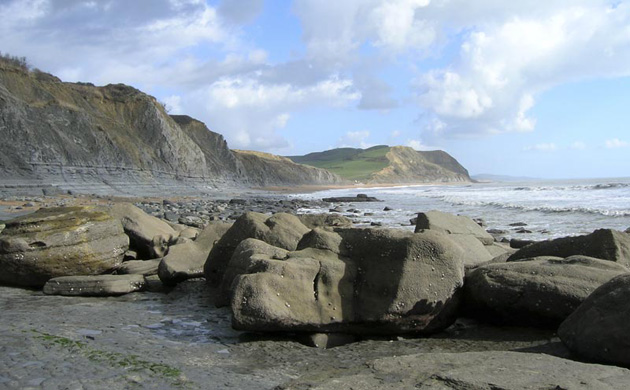 The UK's changing coastline provides an unparalleled slice through our geodiversity, the action of the sea and waves continually exposing new rocks and sediments. Inland, windswept mountain crags, river cut gorges and valleys and excavations, such as quarries and mines, reveal the geodiversity that lies under our feet.

Geodiversity is dynamic and still changing today. Mountains, hills, valleys and cliffs continue to be shaped by the weathering and erosion of water, wind and ice. The resultant gravels and sediments are transported and deposited by water, forming river, coastal and marine sediments and producing the diversity of soils seen across the UK.

Similarly there is an intricate and intimate relationship between geodiversity and biodiversity. Geodiversity and the way it influences landscapes, soils and climate, is fundamental to the distribution of habitats and species, for example, calcareous grasslands typical of chalk downs or heathlands dependent on acidic soils typical of sandstones, sands and gravel.

The very fabric of our buildings further strengthens our link with geodiversity. The honey coloured limestone of Cotswold villages comes from underlying Jurassic limestone and the dark grey slates of North Wales and the Lake District, from local Ordovician rocks, illustrate a connection with geodiversity seen throughout the UK.